A lot of guys (who come up to the Baltimore Lair) are interested in learning one thing – how to manipulate a woman’s mind. Yes, even the most innocent, well-meaning average frustrated chump (AFC) would tell me in private that he would somehow want a surefire method to control a woman and completely dominate her.

Do you want to know how to do the same thing? Continue reading then 🙂

Without a doubt, the Mind Manipulation technique (especially the variant used by the disciples of Derek Rake) is generally very attractive, especially to guys who are having a hard time with women.

So here’s the deal… 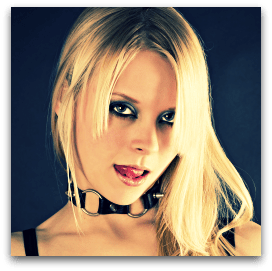 You may be facing some issues with women…

Or, you may believe that the woman of your dreams would never be attracted to you unless you do something really drastic…

However crappy your situation may be, I want you to know this:-

Over the years as a dating coach, I’ve pretty much seen it all. And you know what… chances are high that I am familiar with what you’re going through right now.

In other words, I can help you. Promise me that you’ll read this guide thoroughly and carefully – and importantly, take action based on what I am going to ask you to do.

If you apply the techniques that you’re going to learn in this article, your success with women is pretty much guaranteed. However, given the amount of details that are in this guide, it’s easy to forget the details especially when you’re out there meeting women.

To help you out, I’ve created a simple “Action Checklist” which contains every technique inside this guide in easy, step-by-step format.

So, before you use a technique you learned here on a woman, just leaf through this Action Checklist to see if you’ve not missed anything. Simple, right?

Download the “How To Manipulate A Woman’s Mind” SIBG Action Checklist which contains every technique in this guide in step-by-step format PLUS a new tactic not found in this guide.

This Action Checklist is free to download on one important condition – that you promise not to share it with anyone when you’ve downloaded it. If any of your friends would like a copy, simply direct him here. Agree?

First of all, I want you to understand this. If the woman you like just aren’t interested in you and even go so far as to avoid you when she sees you, then you really only have two real options:-

What you’ll be learning today is something entirely new (it’s not the usual “pickup” or “‘seduction” yadda yadda.) Are you excited yet?

Before we start, however, there’s something we need to get out of the way, pronto.

Some people take offense with what I teach. They say that it is “immoral”, and promotes hatred of women.

Of course, that is not true.

Also, your “‘morals” is not of my concern. I won’t tell you what’s right or wrong – after all, we are grown adults here.

My job is to let you know what works, period. Everything else is secondary.

And what works are what we call “Mind Manipulation” tactics. These are more powerful than the lame, impotent “Pickup Artist” crap which litters the Internet these days.

Before you try these Mind Manipulation techniques, you must first develop rapport with the woman that you want to attract.

Without foundational rapport, you might just come off as a total weirdo, or worse, a creep. You certainly don’t want that, do you?

(Building rapport is out of the scope as far as this guide is concerned, unfortunately. Don’t sweat it, however. There’s a shortcut to creating superior rapport with any woman you want, and that is by using this Mind Control technique called Fractionation. We’ll talk more about Fractionation later below.)

Also, understand that these Mind Manipulation techniques are based on hardcore Mind Control, and none of the “Pickup Artist” gibberish that you find elsewhere.

Once you’ve finished watching it, you’ll jump ahead of the legions of clueless “Pickup Artists” and know more about the woman psyche than you’ve ever known, guaranteed.

Seriously, go watch it, OK? The material below will make more sense once you’ve got an understanding of how Mind Control works.

How To Manipulate A Woman Into Liking You: The SIBG Formula

Of course, we have talked about Mind Manipulation scores of times elsewhere here at SIBG.com – we just don’t call it that (yes, we get lots of hate emails over the non-politically correct terms that we use).

For example, we have got a guide on exerting control and domination on women (click here) as well as mind control (click here). Of course, our “Art of the Pickup” guide has been, ahem, legendary (go here).

Now I’d be lying to you if I say that manipulating a woman’s mind is a trivial task. Well, truth be told, this process can indeed get quite tricky… if you don’t do it correctly.

After all, you will be manipulating someone’s mind and, in theory, control them. Plus, you might get tempted to use it for other purposes.

I know I am in fact poking the hornet’s nest with this following statement, but it’s something that needs to be said:

Manipulating a woman with low self esteem is like taking candy from a toddler.

Interpret and use that any way you want. 🙂

Alright then…let’s get to the gist of this guide, shall we?

Without further ado… here are the easiest ways to mess (don’t take that literally) with a woman’s mind and make her fall head over heels in love with you in the end. Dig in!

First exposed to the outside world by Neil Strauss of The Game fame, the October Man Sequence is perhaps the endgame as far as mind manipulation goes.

It’s pretty advanced (up there with the Black Rose Sequence inside the Shogun Method by Derek Rake), and so I won’t necessarily recommend it, especially to newbies.

What’s interesting about the October Man Sequence is that it was originated from Fractionation, a remarkable Mind Control technique which is famed for making women fall in love in as little as ten minutes. We’ll talk more about Fractionation later… stay tuned.

For an online repository of the October Man Sequence, go to Page 6 of the Action Checklist (which you can download here). 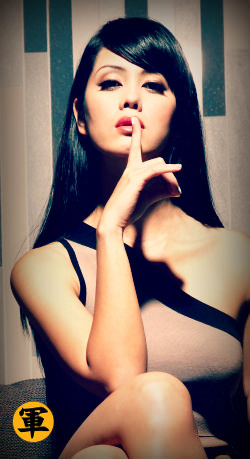 Don’t underestimate the power of inciting jealousy in a woman – it can be extraordinarily potent.

Make no mistake – jealousy can make a woman act rather irrationally.

And as any Mind Control seducer knows, when a woman gets irrational, then she’s vulnerable to getting manipulated!

This means that if you can make a woman jealous, you’ll be able to manipulate her and put her under your thumb.

Since jealousy can bring about very strong feelings in women, a lot of people might advise you to steer clear of it altogether. However, in the world of mind manipulation, jealousy is a necessary evil.

This means that you have to make the woman that you like a little jealous and wait for her to compete with the rest of the women that you are showering your attention on before making your next move.

While conditioning a woman might take some time, it would be vital to condition her if you want to manipulate her into liking you.

This stick-and-carrot approach works well… especially when you also make her feel jealous over the attention that you give to other women.

We are saving the best for last… and if you’ve not heard of the Fractionation technique before, then you’re in for a real treat!

If you want to know how to manipulate a woman’s emotions and “brute-force” her to love you, then using Fractionation is the fastest way for you to reach that goal.

We here at SIBG.com are disciples of Derek Rake’s style of seduction; we reckon that his Fractionation technique will stand the test of time as perhaps one of the best seduction technique ever to be invented in terms of effectiveness and ease of use.

In other words, if you want to know the ENDGAME as far as Mind Manipulation techniques go, then having Fractionation in your seduction arsenal is a must. There’s no question about that!

Derek Rake’s online Masterclass is the best resource on learning how to use Fractionation to seduce women. It’s required viewing for all our SIBG.com lair members, and once you’ve seen it, you’ll understand why.

Learn the technique, and then go kick some major butt! She won’t stand a freakin’ snowball’s chance in Lucifer’s hell, I tell ya.