Don’t you hate it when your girlfriend suddenly takes control and becomes the dominant one in the relationship? Well, who doesn’t?

I won’t beat around the bush here. If you’re desperately wanting to find out how to control and dominate women at this point, then this means that may already be facing some pretty huge problems with your woman.

Don’t worry, though, for your SIBG.com pals here have got you covered. Continue reading and you’ll find out how to fight back. 🙂

Before that, though, I’ll need to break this news to you…

If your girlfriend is already taking control and assuming dominance over you, it’s already the beginning of the end of the relationship. 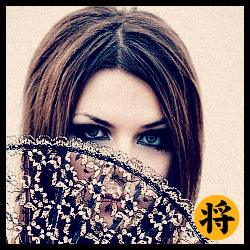 (I don’t mean to scare you, but it’s true. I’ve seen that happen so many times over my career as a life and dating coach here at the Baltimore Seduction Lair.)

Are you already be seeing these tell-tale signs?

If any (or all!) of those situations describe you, it means that you’ve been pussywhipped, plain and simple.

Worse, you may get infatuated by dominant females (it’s a known fetish!) and get your judgment clouded by your infatuation. You’ll soon realize that these women are actually insulting and heartless.

Look. I may come across as a male chauvinist here, but frankly, I don’t give a shit. The truth needs to be told! You, as a man, shouldn’t allow women to dominate you at all.

And no, it doesn’t matter whether you’re only starting to know her, or if you’re already dating her for years, or if you’ve been married to her for donkey years. It’s irrelevant.

Instead, you should make her see that you wear the pants in the relationship and that she can never take that control away from you, period.

If you’ve already been completely dominated by the woman that you are currently dating, and you want a quick solution to the problem, skip the rest of this article and go here directly. You need something more potent!

Before we start, it’s absolutely crucial to understand this, so pay attention!

This guide is not one of those bullshit “read and then forget” self-help articles that litter around the Internet today. You’ll do yourself no good if you’re just going to skim through this material and then do nothing about it.

That said, if you follow everything inside this guide then your success with women is virtually guaranteed. It has worked for thousands of our members in the Baltimore Seduction Lair, and it will work for you, too – no exceptions.

There’s one tiny snag though…

Given the amount of details in this guide, it’s almost impossible to remember everything once you’re done reading it.

Members of the Baltimore Seduction Lair get access to an Action Checklist in our library which contains every technique inside this guide in simple, step-by-step format. This way, before they use these techniques on the woman that they want to control or dominate, they’ll leaf through the document just to be sure that they don’t miss out a step or two.

Do you want this Action Checklist for yourself?

Download the “How To Control And Dominate A Woman” SIBG Action Checklist which contains every tactic in this guide in step-by-step format PLUS two (2) extra bonus tactics not found in this article – Reverse LJBF and Fractionation Seduction.

There’s one minor condition attached to the free download though, and it’s this –

Once you’ve downloaded it, kindly avoid sharing this document with anyone… especially on social media! I’m tired of battling feminazis on Facebook who’d threaten to cut my testicles off for publishing this information.

How To Control Your Girlfriend: Obey This ONE Rule

When a man gets attracted to a woman, he tends to fall into this phase where they constantly ask her for permission before doing anything. 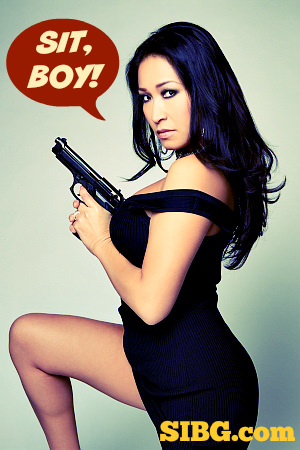 This is completely natural at this stage, because you want to please her and make her happy.

Unfortunately, asking for permission all the time will degrade your image in the eyes of women and they will end up respecting you less because of it.

Make your own decisions – however big or small.

Never ask her for her opinions. And I don’t care what the subject matter is.

Of course, this doesn’t stop her from telling you what she thinks even without you asking…

… and when this happens, just be indifferent.

You can also amp it up one notch and ask her (in a playful way), “Did I ask for your opinion?”

Naturally, you may have doubts over your decisions from time to time. But guess what? Her opinion, as you already know, may not be helpful at all.

Ultimately, realize that it’s better to be WRONG than to come across as INDECISIVE. Remember that!

Have you ever wondered why women seem to behave so irrationally, and can be completely unpredictable at certain times?

There are certain vulnerabilities which are hard-wired inside the female psyche which make them behave like that.

You can exploit these vulnerabilities in order to gain the upper hand and “brute force” a woman to surrender to you willingly and unconditionally.

I’ll show you how you can do just that, but for now, it’s important to understand this –

A woman’s biggest psychological vulnerability is that she lets her emotions dictate her behavior and actions.

This means that if you have a strong understanding of how the female mind works, you’ll be able to literally snap your fingers and make a woman surrender to your dominance and authority. Yes, it can be that easy!

And guess what: the ability to understand (and exploit!) a woman’s psychological vulnerabilities is now yours for the taking. By using Mind Control techniques on a woman, you’ll tap into these vulnerabilities and exploit them for your benefit like a seasoned pro.

For a free primer on how to use Mind Control on women, watch this Masterclass conducted by Derek Rake –

Give that a go. Seriously, it will change your life, and I am not saying that lightly.

Fact: the experienced seducer makes all of the decisions in life and learns how to lead instead of following others.

Be strong enough to stick to the decisions that you make. After all, IT DOESN’T MATTER IF YOUR DECISIONS TURN OUT TO BE RIGHT OR WRONG.

Seducing a woman takes a lot of heart and a lot of (emotional, not only physical) strength.

Have a strong backbone and avoid asking for too much advice from other people just to justify your choices.

Even better: turn it up one notch and use the “Reverse LJBF” technique on her and see her squirm. This tactic is found on Page 7 of the Action Checklist which you can download for free here.

How To Control Women: Say A Firm “No”

On that note, you have to learn how to say “no” to women more often. If you want to get out from under her trap and stop her domination over you, you have to say “no” every once in a while (or more frequently if you want).

Heck, do it even it makes you look unreasonable. Remember: it’s fine to be a fucking jerk once in a while – in fact, as you may have already known, for some reason, women seem to prefer jerks over nice guys. Makes sense, right?

Make no mistake about it. Here’s what will happen if you don’t do this –

She will automatically assume that you are easy to control and after that, she will completely lose respect for you. And guess what… it’s almost a lost cause when you’ve reached that stage. And you certainly don’t want that to happen, right?

With no exceptions, every man has his own set of weaknesses (yes, even a master of the universe like Arnold Schwarzenegger). 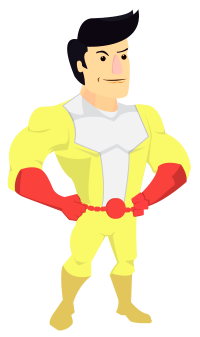 What makes a man remarkable is that he succeeds in spite of his weaknesses.

So here’s what you have to do…

Learn how to challenge your weaknesses, so that women won’t be able to take advantage of those weaknesses once they start to date you.

Respect and appreciate yourself as a whole and take pride in who you are while you’re at it. After all, nobody can dominate you without your consent. Agree?

And guess what – I will be lynched by feminists when I say this, but I don’t care.

The truth is that women will only choose to dominate men who complain about their weaknesses, who always seek for female approval, who are tentative about whatever they do, and who constantly talk about what they lack in life.

If you’re getting bullied, stop and fight back.

Take a stand and always be decisive from now on. This way, you will be the one who will be dominant in your relationship with women at all times. You would certainly want that, yes?

How To Use Fractionation To Dominate Women

Many guys turn up at our doorstep with one common problem – that they have been pussywhipped by the women that they are dating.

And when they are already in the “damage zone”, they are in drastic need for quick fixes.

Here’s how we help them: most of the time we get them to go through what we call the ultimate “SIBG shock therapy”. This consists of a “boot camp” where they’ll learn and master the Fractionation technique.

With Fractionation, guys learn how to control their girlfriends (and wives) and regain the dominant position in the relationship. Using this technique, they are able to “hack” into their girlfriends’ psyche and covertly plant thoughts inside their minds. Pretty amazing!

And of course, Fractionation is not for everybody, and we are mindful of the fact that there are psychos out there who misuse this technique to harm women.

(I will never condone anyone using our knowledge base for malicious purposes.)

Below is a link to the online Masterclass (conducted by Derek Rake) on how to use Fractionation to seduce women and put them under your control and dominance.

More details are in the link below, but IF YOU HAVE BAD INTENTIONS AGAINST WOMEN THEN DO NOT CLICK THE LINK. We cannot be responsible with what you choose to do with this information. Thank you for understanding.

If you have any questions, enter your comments below. Don’t email me as I am currently overwhelmed with requests and will not be able to answer you. I keep my inbox small at only 10Mb in order to keep sane!