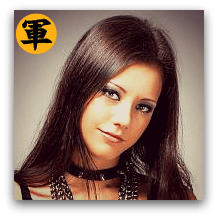 Due to popular request from members of the Baltimore Seduction Lair, I am writing a guide on female mind control, or in particular, how to make a woman love you by controlling her mind.

What you’re going to read here is entirely different from what you’ve seen elsewhere, so do pay close attention.

In today’s world of political correctness, talking about “how to control a woman’s mind” sounds more controversial and sinister than it really is.

“I really don’t give a hoot about the controversy,” Derek Rake once told me.

“I like how Mind Control seduction techniques get shunned by the mainstream. After all, if these tactics start getting used by everyone, they will soon stop being effective!”

(If you’re not familiar with Derek Rake, well, he’s probably the world’s foremost authority on Mind Control seduction, and the creator of the notorious Shogun Method.)

Truthfully, I am not worried about Female Mind Control techniques being overexposed. Why? Well, the reason is simply because there are lots of clueless guys out there who are unaware of our existence!

So, believe me when I say that 99% of the men population around the world have not heard about these techniques before, much less about SIBG.com (or me, or Derek Rake for that matter.)

On the other hand, I feel the need for sharing this technique with my fellow punters inside SIBG.com because that’s the very reason why this site exists.

I’m here to help, and I genuinely feel that Mind Control-based seduction techniques (and not Pickup Artist stuff) will greatly benefit guys in their quest to perfect the art of attracting women.

Read This Before You Proceed! Important

We are going to piss some people off with this guide, and that’s fine.

(In fact, sites like Huffington Post and Buzzfeed have written very negatively about SIBG.com, claiming that we are a deplorable bunch of women-hating male chauvinists. Serious!)

Yet before you proceed, I want you to understand this…

If you’re easily offended by the straight talk of human (in particular, female) nature, or the idea of controlling and manipulating women to make them fall in love makes you feel sick, then you may want to exit right now.

If you’d like to continue reading, I want you to keep an open mind and consider the new ideas carefully by thinking through how you can use them to improve your dating life.

Discover the quickest way to make a woman fall in love with you using a little-known “mind hack” tactic. With Fractionation, you’ll have the ability to covertly plant ideas in a woman’s mind and influence her thoughts and behavior. Watch this Masterclass for free!

First, let me be clear: I did not invent these techniques.

In fact, I will happily tell the world that I “stole” them from Derek Rake.

Next in this guide, I will share with you two killer Mind Control techniques (from Derek) which you can use to control a woman’s mind.

Using these, you can make her subservient to you for as long as you choose. It’s incredibly powerful!

These two Mind Control techniques are:

Let’s go through these mind control techniques, one by one. 🙂

The most important lesson I ever learned from Derek Rake was this:

“If you are to speak to a female in the same way that she talks to herself, her subconscious will believe it to be her own thoughts.”

Inside Derek Rake’s Shogun Method, the tools that a guy can use to “plant” thoughts inside a female’s mind (subconsciously) are called Implanted Commands.

An Implanted Command is a phrase that forms the part of a sentence which if spoken on its own, it would be a direct command.

The other phrases in the sentence would camouflage the Implanted Command so that it goes under the radar, undetected by your target’s conscious mind.

If this sounds complicated, don’t worry…

Here are three examples which will show you exactly what these Implanted Commands are, and how to use them. You’ll see just how simple they can be!

In the following, the Implanted Commands are in italics. Commentaries (if any) are in normal type.

Here’s the first one:

Sure, I can tell you that we are meant for each other, but I’d rather you find out for yourself.

Sure, I can tell you that we will spend lots of happy times together, but you should discover it for yourself.

The second part (“…but I won’t”) makes it impossible for her to reject your suggestions. Why? It’s because in effect you are in reality not asking her to do anything.

See how sneaky that is? 🙂

I’m wondering if you will realize just how much we are meant for each other.

I’m wondering if you understand that your boyfriend is not compatible with you, and you should start looking out for better alternatives.

See how that last line works? It can also double up as a Boyfriend Destroyer technique if you do it correctly…

Someone else might jump at the opportunity in front of her when she finds me to be the soul mate that she has been looking for all her life.

To make it even more effective, call out her name in front of the Implanted Command:

Try it… you’ll be amazed at its tremendous results, I guarantee it! 🙂

There is a complete list of all 44 Implanted Commands inside the Shogun Method, but what’s shared above should give you a good head start. 🙂

Go use them, and share with me your results!

Simply put, Fractionation is the grand-daddy of all Mind Control seduction techniques, and for good reason.

I’ve personally known guys who knew nothing else (as far as Mind Control is concerned) except for Fractionation who achieved phenomenal success with women based on this one technique alone.

Since this guide is already so lengthy, it’s quite difficult to do Fractionation justice by describing it here…

…so this is what you should do:

Watch the Masterclass, take notes, and open your eyes to all the new possibilities in your dating life!

PS: As Fractionation is deeply rooted in the science of female psychology, there’s always a risk of misuse and abuse. We therefore respectfully ask you NOT to use the technique particularly to harm women. Also, what you choose to do with this knowledge is entirely your own responsibility, and we shall not be liable for any harm resulting from the actions that you choose to take from learning this knowledge. Thank you for understanding!