Would you try to attract a married woman?

I personally won’t. Simply because there’s just so many fishes in the sea…

…but I understand that there are lots of guys out there who have no qualms at all about hitting on women with husbands.

Look: I am not here to judge.

The truth is that if you’ve seen the Boyfriend Destroyer techniques that I’ve shared with you here on this site (or elsewhere: this guide is pretty awesome), then you’ll understand that you can pretty much use the same techniques on married women.

It’s my job as the lead coach of SIBG.com and its lead curator to share with you these techniques. I am not an arbiter of anyone’s morality.

With that said, I do need to point out some inherent dangers of trying to seduce a woman who is already married…

For one, you don’t know what dangers her husband will pose to you.

Let’s face it – getting your wife snatched by another man is probably the most humiliating thing that will ever happen to you.

When guys face extreme humiliation, they often resort to violence.

So, if you try to use these techniques on a married woman, be prepared for its potential backlash.

“After reading your guide, I decided to use the techniques on this married coworker of mine whom I had fancied in ages. Long story short, one night her brutish husband, an Irish lout in his 50’s, came knocking on my door. Spewing vulgarities, he threatened to chop off my balls with a machete. I had to call 911.”

The danger is real.

So, I’d recommend that you do your homework (about the husband!) before you pull this shit off on a married woman, OK?

With that out of the way… let’s start!

(Note: if she is older than you, then you might want to read this first.) 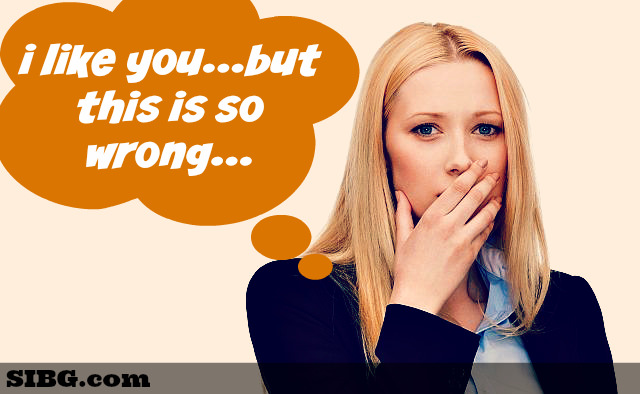 So you’ve got your eye on a married woman, and you want to seduce her into your arms, despite her husband. The good news is that it’s far easier to seduce a married woman than to attract a girl who already has a boyfriend. That might sound counter intuitive somewhat, but true.

You see, when a woman marries a man, she starts to see the REAL him – warts and all.

Reality often is far different from the “imagery” that a guy creates when he is dating a woman. When he marries her, he will let his guard down.

Over time, she will discover more and more of his shortcomings which she will often try to tolerate.

Here lies the key to the ultimate “Husband Destroyer” technique –

What you want to do is to bring his shortcomings to the forefront, and exaggerate them in her mind so that she reaches her breaking point.

You want to find out about as many these shortcomings as possible, and make her recall them every time you talk to her.

Over time, her dissatisfaction with him will pile up, and one day, she would just completely snap.

Pretty vicious, I know. Hey, nobody told you it’s gonna be pretty. 🙂

Now how do you find out about those shortcomings then?

Simple answer: you put her on a mild hypnosis.

To do that – attend this online Masterclass by clicking here.

Good luck! (You’re gonna need that when her burly husband turns up at your door…)