When it comes to picking up women, most guys would resort to the use of “Pickup Artist” or PUA techniques. That, my friend, is a big mistake, and here’s why…

You see, a woman can immediately know if a guy is trying to hit on her.

Believe it. The female mind is hard-wired with the instinctive ability to sniff out a guy who tries to get into her pants…

What does this mean to you, o’ budding Mr Seducer?

Pretty simple, really. It means that if you’re using lame-o “Pickup Artist” lines to approach a woman, you’ve already shot yourself in the foot because she already knows what you want to do…

The moment you spew out a “Pickup Artist” opener, you’ll be as obvious as a boner in sweatpants. 😉

So what should you do to avoid being too obvious and getting rejected right out of the gate?

According to Derek Rake, the founder of the Shogun Method, a seducer must “mask his intentions until the seduction is complete.” 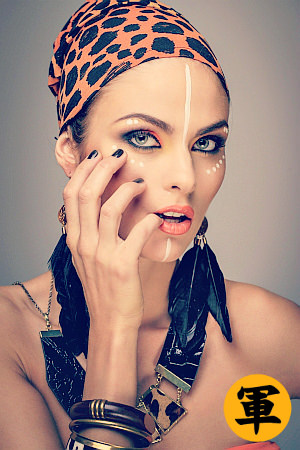 Therefore, in order to pick up women successfully, you’ll have to be completely covert about it. In short, you must never let your intentions known!

So how do you approach a woman but still look as if you’re not trying to pick her up?

Well, it’s pretty simple, actually. You can make a woman interested in you and yet be completely oblivious to your attempt to seduce her with a Shogun Method concept called the Intrigue Ping.

(Note: This is not to be confused with a related Shogun Method concept called Implanted Commands.)

This is also the first step in what we call the 2-step “I-F” Technique – by generating Intrigue. Using Intrigue Pings, you’ll be able to capture a woman’s attention immediately while lowering her guard against you substantially.

Here are some examples of Intrigue Pings:

Remember: the best Intrigue Pings are those which sound completely natural and rooted in the situation that you’re in.

It should be something which is completely relevant to the woman – otherwise it might just come across as another lame, overused “opener routine” used by the legions of Pickup Artists out there.

Once you have captured a woman’s attention with a well-crafted Intrigue Ping, then what do you do?

The second step, or the “F” in the “I-F” Technique stand for “Fractionation“.

An age-old Mind Control and hypnosis technique, Fractionation has been used by master seducers to “brute force” women to fall in love in literally minutes.

This may sound too fantastic to be true, but once you’ve experienced it yourself, you’ll be a true believer (just like the rest of us here at the Baltimore Lair, really.)

How Fractionation works is this – it taps into a little-known weakness inside a woman’s mind that confuses her between her imagination and reality. By exploiting this weakness, you can covertly make her develop feelings for you quickly.

So this is how you can make Fractionation work for you. You start by getting her to recall a past experience which makes her happy.

For example, you can say:

“Think about the time when you’re especially joyful and ecstatic. What happened?”

It works best when she describes the joyful experience as vividly as she could. Always probe further by asking her how the experience made her FEEL:

“So how does that make you feel?”

You’ll notice that she’ll brighten up immensely as she re-lives the positive experience once again.

After that, get her to recall a past experience which makes her sad. Again, make her describe the negative experience as vividly as she could. 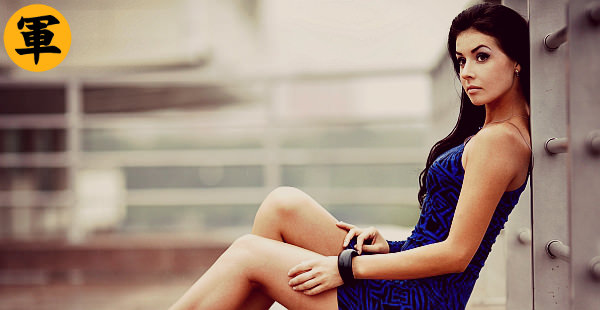 Don’t be surprised or even alarmed if she started to feel really depressed. This is a sign that Fractionation is working, and you should continue probing her about her feelings even though she could well break into tears.

Then, rinse and repeat where you can tell her a happy story of your own. Of course, make something up if you have to. 😉

At this point, she will feel relieved as you snap her out of her negative feelings with the happy, positive story.

Subconsciously, she will associate you as someone who could release her from sadness and depression…

…and if done enough times, she will soon develop an emotional dependence on you!

So what happens is that whenever she feels sad, she will automatically think about you, and how you could release her from the depths of sorrow and depression.

How To Pick Up Women: By Exploiting The Female Brain

Remember that with Fractionation, you want to create an emotional rollercoaster in her mind on which she experiences both happy and sad feelings in your presence.

You’ll notice that this is similar to the “soap opera” effect which literally forces a woman to be emotionally addicted to the TV shows, Hollywood movies and romance novels that she watches and reads.

The truth is that the media often uses a Mind Control technique like Fractionation to develop cult-like following for their shows. That’s why women would watch their soap operas and bawl their eyes out and still come back for more.

The good news is that you can use the same technique to make women fall in love with you covertly with a series of focused storytelling. When done correctly, a Mind Control tactic like Fractionation can even turn women into emotional slaves who become completely controlled and dominated by men.

I know this sounds messed up, but if you think that love and relationships is all about playing nice and being “caring” about women then you’re in for a lot of hurt.

On the other hand, I do have to let you know that a Mind Control technique like Fractionation can indeed be easily abused, and there are psychopaths out there who use this technique to harm women.

And for this reason, we must control who gets access to this knowledge…

For more on how to use Mind Control to attract women and put them under your control and dominance, click on this link below:

Register for the Fractionation Online Masterclass

Enter your name and best email address so that we can check if you qualify for the Masterclass. We do need to strictly regulate who gets access to this knowledge in order to stop it from getting misused and abused to hurt women.

PS: If you’re interested in Derek Rake’s work, be sure you check out this review before you buy Shogun Method.