OK, so let’s cut through the crap. So you want to know how to make a girl want you more than her boyfriend. I’ve got a powerful technique which will do exactly what you want.

Before anything, I gotta tell you this. I didn’t invent this technique. It originated from Derek Rake, and it can be found specifically inside his work Shogun Method’s Boyfriend Destroyer sections. If seducing women with boyfriends is your drug of choice, then definitely check out Shogun Method (which we have reviewed here).

But I am not here today to tell you just how awesome the Shogun Method is. Instead, let’s talk about what you want to know about destroying boyfriends and how to make a woman want you more than her boyfriend.

So, with that said, here’s the technique, which I call “Rubbing Salt To The Wound”.

Here goes… check out this video:-

How To Rub Salt To The Wound: Destroy That Boyfriend!

Everyone has got weaknesses. What you need to do is to find out what her boyfriend’s weak points are, and then covertly remind her when you talk to her at every opportunity. 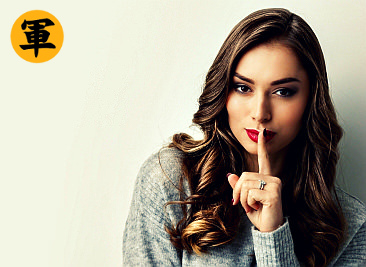 Find out what particularly irks her about her boyfriend.

Whenever she complains about her boyfriend, keep a mental note. Then, at appropriate times, bring it up. However, you must not be too obvious, or she’ll know what you’re doing.

Next, let’s go through some examples on what to say to her once you’ve identified that asshole’s weak points.

So maybe he has stopped caring that much about her after they started getting together.

You can then say:

“Don’t you hate it when things just change when you start a serious relationship with a guy? Suddenly you see this side of him that you’ve never seen before. Like, he stopped caring that much anymore. So frustrating, isn’t it?”

Or, you can tell her a made-up story about a female friend of yours who dumped her boyfriend after seeing the “real” him.

Remember, you don’t want to be overt about it. Instead, you want to be under the radar at all times, and not be too obvious.

It’s pretty sneaky, I know. But if you want to make a woman leave her boyfriend for you, there are no two ways about it… you gotta fight dirty.

And if you don’t do it on the other guy, you can bet that he’ll pull this shit on you! And God forbid if he finds out about the Shogun Method and starts using that on her…

Don’t Pull Your Punches, Ever! 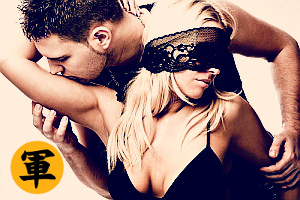 For best results, you must use every opportunity to highlight her boyfriend’s weaknesses whenever you talk to her.

However, there is a risk of overdoing it because that will make her realize what you’re trying to do.

Therefore, it’s recommended that you hypnotize her mildly first before you deliver your Boyfriend Destroyer lines. And the easiest way to do this is to use Mind Control techniques… you know, something like Fractionation.

Of course, it’s our policy here at SIBG.com not to give access to this technique to anyone who asks for it. The reason is simple… we don’t want to expose this technique to psychopaths who will use it to hurt women and damage their psyche. Remember: you want to do good with this knowledge, not bad.

If you agree that you won’t misuse this technique to purposely harm women, then apply for access to the online Masterclass (conducted by Derek Rake) on this page. Enter your email address and we’ll send you further instructions on how to access the Masterclass (only if you qualify).