If you’ve been looking for Derek Rake reviews (in particular, a review of this work the Shogun Method), then you’ll be right at home here.

Before you start though, I’d like to put this disclaimer out. Derek Rake and I go back a long way, and to save time, yes, I do vouch for Derek.

(You’ll find out about these shortly below.)

Additionally, we do not get compensated for this review (and yes, we are pretty darn serious about ethics and transparency.)

To sidetrack a little: be careful when you read product reviews online. For instance, most (all?) overly positive reviews benefit from affiliate arrangements with the product owner of some kind.

This is especially true for dating and “seduction” products, unfortunately.

On the other hand, when you stumble upon negative reviews, you should get your guard up as well.

Why? Well, you’ll find that there are shysters who would purposefully thrash a couple of competing products in order to make the one product (that they get money to promote!) look good.

Therefore, if you find someone with something bad to say about Derek Rake, see what he says about other dating gurus elsewhere on his site. Chances are that you’ll find him gushing about another program (which he gets paid to say good things about.)

Now with that out of the way, let’s get on with this review of Derek Rake’s work (especially Shogun Method).

What I’ll do is that I’ll let you know the good, the bad and the ugly about Derek Rake so that you can decide on your own if his work is suitable for you.

(Sidenote: Shogun Method has been reviewed separately here. Also, for perhaps the most impartial review ever written about Derek Rake, read this.)

There’s really no other ways to say this, but here it goes:

Shogun Method works, period. And why it works well is pretty simple.

Other “pickup ebooks” talk about superficial things like trying to catch a woman’s attention and impressing her by dressing up like a peacock and using corny pickup lines.

Shogun Method goes deeper into the inner workings of the female brain to “force” a woman to fall in love using hardcore psychology.

… and at the same time, you’ll also condition her to feel depressed when she’s not with you.

So, as a result, she will grow addicted to you, and soon will need you to survive like air and water.

When you’ve achieved that, then you’ll be exerting complete control and dominance over her.

Of course, this can be difficult to stomach to some, which brings me to the next point…

Due to its nature, Shogun Method can have negative effects on the woman that you want to use it on.

Over the years, there have been students and clients of Derek who have gone “rogue” and started to use Shogun Method indiscriminately everywhere… leaving behind a trail of women with damaged psyche and emotional baggage.

I hope you’ll understand that just like everything else, Shogun Method can be used for good or for bad.

The same applies to the Shogun Method, really.

The final chapter of the Shogun Method is about Enslavement. Using it, you will go beyond “attracting” and “seducing” a woman. You’ll learn how to “enslave” a woman to you so that she becomes subservient to you, and obey your wishes without question like a docile little puppy. And you’ll do this using this technique called the Black Rose Sequence.

I have personally known of some guys have used Shogun Method’s Enslavement techniques to create cult-ish harems.

Of course, everybody is responsible for what they choose to do, but sometimes I do question if it’s wise to let anyone access this knowledge without some strict controls in its place.

These days, my contact with Derek is limited (he is semi-retired from the dating coaching world), but I do hope that he considers limiting access to Shogun Method just because the risk of someone abusing this knowledge is just too big.

Critics have called the Shogun Method manipulative and misogynist (hateful to women). 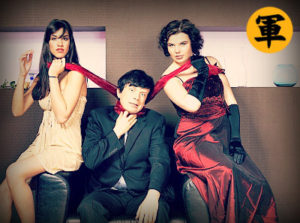 Well, make no mistake about it – it is manipulative. In fact, here’s a core tenet of the Shogun Method:

“To attract a woman and enslave her to you, you must manipulate her.”

As much as I hated to accept this when I first read it, I had found this to be true.

In fact, the more I thought about it, I am convinced that women are worse manipulators than men!

They may be doing it without knowing it consciously (because the ability and tendency to manipulate are deeply wired inside their genes), but they are manipulators all the same.

Shogun Method will give you the ability to fight back, and win in their own game of manipulation.

How can a program which teaches men to be better at women be “hateful” towards women?

Excuse me, but that makes no goddamn sense at all.

In fact, with the Shogun Method, you’ll develop superior understanding on how a woman thinks and feels, which will give you the ability to give her what she wants and make her happy.

And let’s face it… most of the time a woman wouldn’t even know what she wants.

On the other hand, you WILL know what she wants and as such, you’ll know exactly what to do to fulfill her needs.

Therefore, Shogun Method can be beneficial to women as long as your intentions are good and pure. 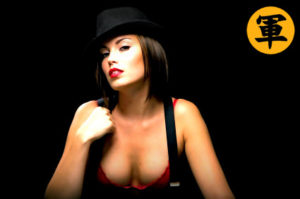 Of course, if it is used with evil intentions, the results will be devastating, and people will be exposed to harm and psychological damage.

So, is Shogun Method for you then?

One thing I can say for myself (and the entire SIBG.com collective) – we endorse Shogun Method wholeheartedly, and remains the de facto training program for our community.

If you’re choosing to join us in immersing yourself in the art of the Shogun Method, well, then welcome to the brotherhood.

Finally: please use it only for good, not evil.